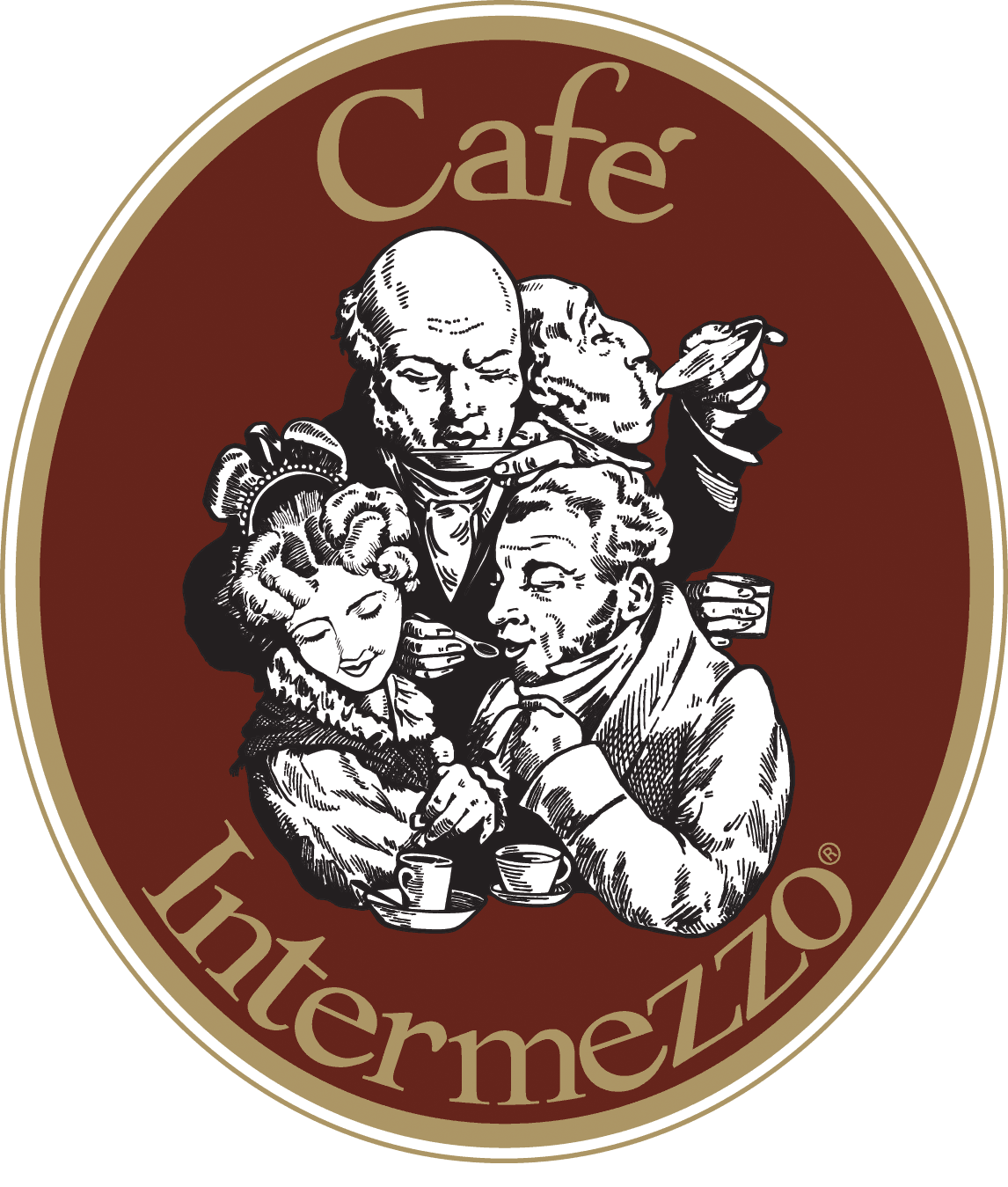 Turkish coffee: You might’ve seen or heard about it, while being left to wonder what it is exactly.

This historic Arabic caffeinated beverage has roots that trace back 400 years. Theories vary about the particulars of its coming into being. But, it is known that coffee bean-based experiments at the Sultan’s palace spawned it’s origination. At the time, mortar-ground coffee was boiled in a pot called a ‘cezve.’

As people outside the Ottoman empire eventually learned of the concept, the selling of it became big business in Turkey…and its preparation wasn’t solely for consumption. The process, however, was regarded as a special event; a cherished tradition.

Similar to the way Café Intermezzo has always aimed to accommodate the varied interests or motives of guests, “Kaveh Kanes”, or coffeehouses in Istanbul where this drink was served, became a common spot for locals to discuss current events, hold business meetings, play games, or entertain friends.

Around the same time, another practice developed with the coffee that is still widely enjoyed by the Middle Eastern world today: coffee reading.

In other words, fortune telling. 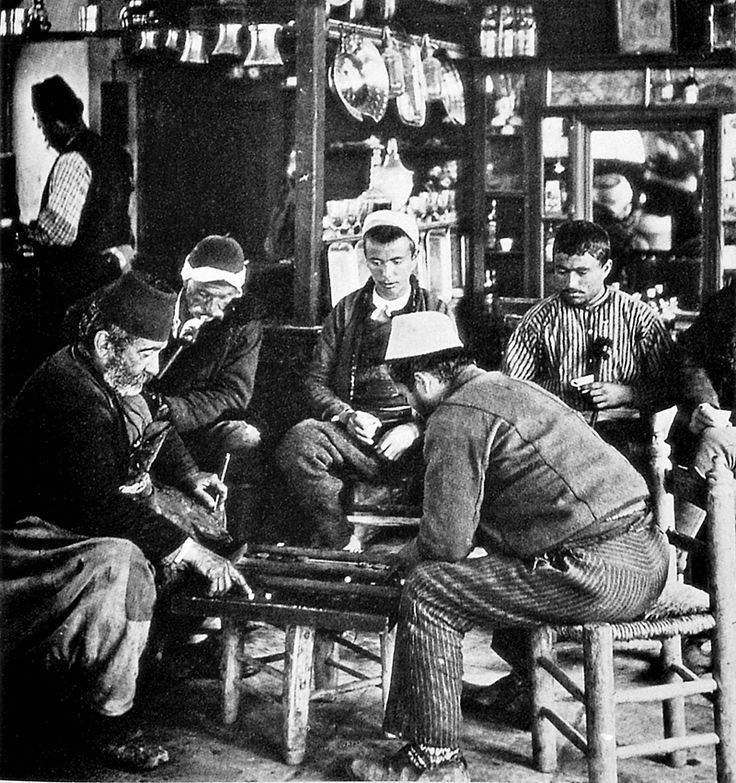 “This coffee is very thick. A lot of people don’t know that the bottom is sediments.”

Patterns left by muddy sediments in the bottom of the cup were and still are interpreted by the gypsies, or anyone who learns how to coffee-read. Officially, the practice is called ‘tasseography.’

“At ‘the house’, there’s always someone in the family that likes to try to tell your fortune,” Tokar said with a smile. 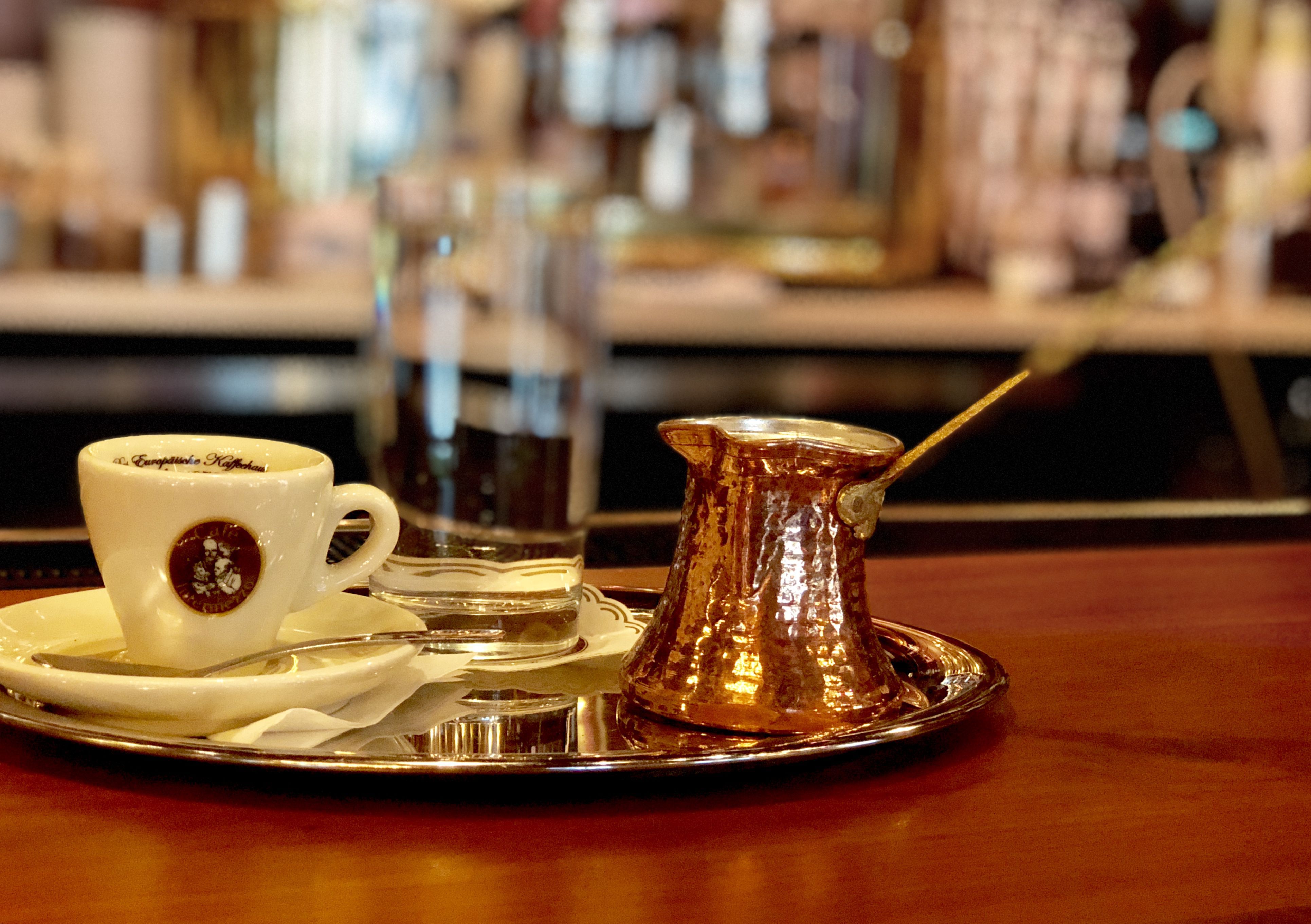 The coffee is served on a tray with an iceless glass of still water, the pot, and a cup.

To the pulverized/finely ground coffee, sugar is added and then boiled three times to extract the rich flavors. The coffee is then poured into a demitasse and sipped very slowly as the cup is approximately half coffee grounds.

This preparation is the original form of coffee served as a beverage.

Originally, it was served unsweet, but the addition of sugar became more common through the years.

“What you do now is you order it however you like it - either sugary, medium, or plain. Some people put the sugar cubes on the side. They bite their sugar, then they drink their coffee as they adjust,” Tokar says. 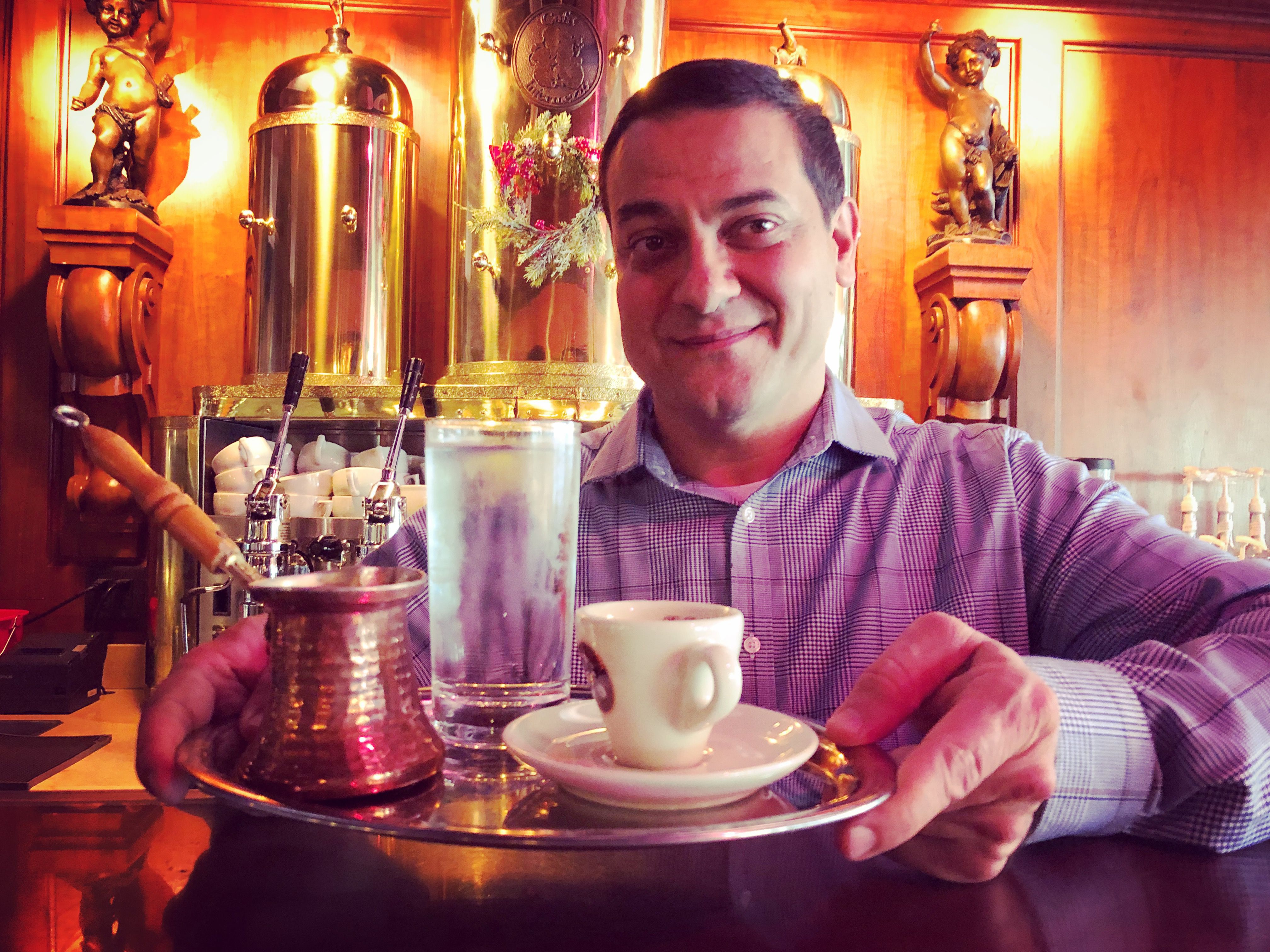 On your next visit, we urge you to give it a try, and take in the experience that laid the groundwork for your daily ‘cup of Joe.’